A hero's death, a defiant last stand, a glorious victory... what if there were nobody to tell the tale? All those epic moments, lost in time. The vikings had a strong verbal tradition and those gifted with words were held in highest regard, considered blessed. Those were the Skalds. 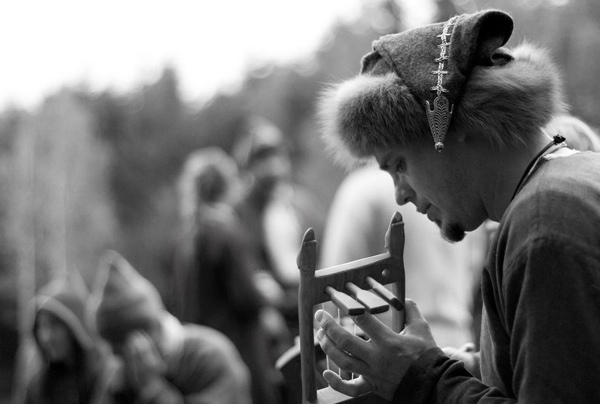 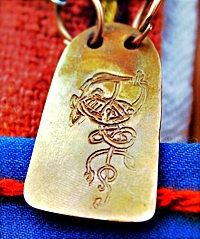 Elvegrimarne believes that the old norse poetry is an important aspect of any accomplished viking, and just by looking at great names in the viking era history you will find skalds and historians such as Snorre Sturlasson and Egil Skallagrimsson.

Most Nordic verse of the Viking Age came in one of two forms: eddic or skaldic. Eddic verse was usually simple, in terms of content, style and metre, dealing largely with mythological or heroic content. Skaldic verse, conversely, was complex, and usually composed as a tribute or homage to a particular Jarl or king. Performance of skaldic poetry was spoken, not sung or chanted.

Unlike many other literary forms of the time, much skaldic poetry is attributable to an author, the skald, which may be relied on with a reasonable degree of confidence. Many skalds were men of influence and power, and were thus biographically noted. The meter is ornate, usually dróttkvætt or a variation thereof. The syntax is complex, with sentences commonly interwoven, with kennings and heiti being used frequently and gratuitously.

Skaldic poetry was written in variants and dialects of the old norse languages. Technically, their verse was usually a form of alliterative verse, and almost always using the dróttkvætt stanza (also known as the Court or Lordly Metre). Dróttkvætt is effectively an eight line form, where each pair of lines is an original single long line which is conventionally written as two lines.

It is important to remember that there are vast lingual difference between now and then. We have no possibility of truly reconstructing the poetry of the old skalds, mostly because of different linguistic structure. Even kennings are difficult, many times referring to words or concepts that no longer exist, but were commonplace a thousand years ago.

In the sidebar to the right you will find some poetry told by our members, but that is far from everything crafted by the Skalds of Elvegrimarne. If you want to read more about what has happened to us on our many journeys, and exactly how it happened, click here.